If you have something very awkwardlybalanced and heavy to get from A to B on foot, you won’t find abetter way to carry it than the Universal Load Carrier (ULC).Crossfire’s Peter Marshall sent me one to review and I must say hehas more confidence in my ageing knees than I have to lug heavyloads. Suffice to say, I gave it a short trial and in that time, Iwas mighty impressed. 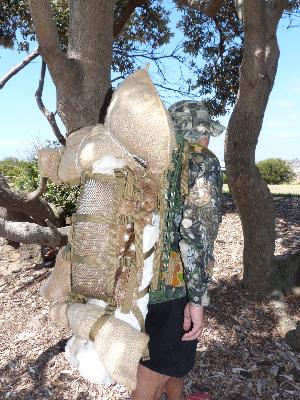 Loaded up with 20kg, the Universal  Load Carrier was most effective at spreading the load evenly across the back and generously-padded waist belt.

The ULC is designed to carry suchunwieldy items as 81mm Mortar Base Plates (13kg), 20 litre water andfuel jerry cans (20+kg), bundles of digging tools and chainsaws andthe like into defensive areas for infantry and other fighting arms onthe ground. The reason this “pack” works so well is that the loadis separated from your back by a rugged plastic rectangular frame,upon which the load is strapped and next to your back is a wellpadded and meshed ergonomic inner harness system to distribute theweight of the load evenly right across the carrier’s back. 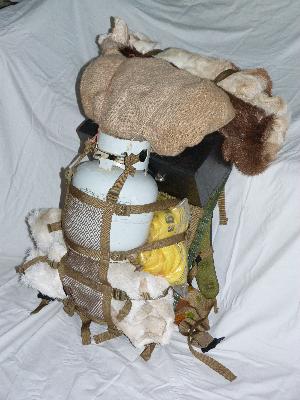 The ULC with a varietyof hard, odd-shaped items and is made to take those awkward loads as far as you like in comfort.

I loaded the sample up with abouttwenty kg of stuff and went for a short walk and almost unbelievably,I was comfortable enough with the load to side-jump a metre-highfence with it on. It helped that the load was drawn in at the topwith a sternum strap and over-the-shoulder straps that pulled the toppart of the load right in adjacent to my head. When carrying a heavyload it is best to put the densest, heaviest items high and close andthe bulkier and lighter items low and more outboard. This makes theload more manageable because it is closer to the body’s centre ofgravity. Those years climbing and cross-country skiing have paid off,it seems. 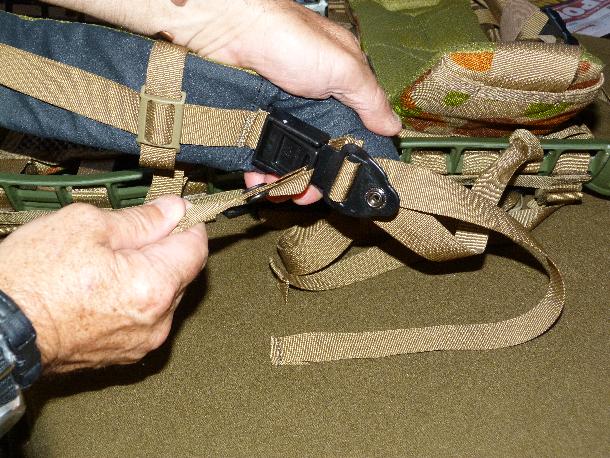 This pic and the opening image show the “bug-out” fastening clips that are on the waist and shoulder straps of the ULC, allowing instant jettisoning of the entire pack.

One thing I really liked was the nifty“bugout clips”. These are the clips that fasten the waist strapand shoulder straps of the ULC to each other. So, when the Talibansend some unfriendly fire your way, you simply jerk on the tapeattached to one side of the clip and it immediately breaks openallowing you to jettison the load to run faster and take coversomewhere. We had a system that did the same thing on our “AustPacks” in the 70’s but this one is much more sophisticated andsimple to use, in case a rogue wombat ambushes you on your way tocamp. 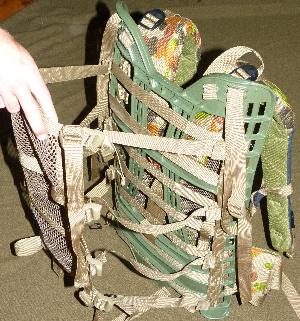 The ULC ‘s construction is rugged, while providing great comfort to the carrier.

If you have a relatively close basecamp you need to walk into with the comforts of home, like smallgenerators, rolled sheet iron, gas bottles, jerry cans and the like,then this is the load carrying system that will save you from injuryand keep you fresher for the hunt.

Crossfire supplies the Universal LoadCarrier by mail order from its store in the ACT. Check out theirrange of products at www.crossfire.com.au.