by Marcus O'Dean 5 years ago3 months ago

Every shooter should own a .22 Rimfire rifle for a bunch of obvious reasons including economy, cheap practice, no recoil, inherent accuracy, training children to shoot and the list goes on. I myself have had a personal rimfire rennaissance shooting reduced-scale Service Rifle matches with a mob of enthusiasts at Malabar most weeks and it has paid dividends shooting results in fullbore matches. If there is a negative in shooting and pactising with .22s, then I haven’t found it.

Now Winchester got in on the ground floor making .22 ammo way back in the black powder days of the 19th Century and they are prolific rimfire ammo makers now. In fact, the Winchester Australia factory in Geelong still manufactures high quality rimfire ammo for the Australian market and for export back to the good ol’ USA.

Reviewed this week are two .22LR offerings which I have used personally and find very satisfactory for purpose. 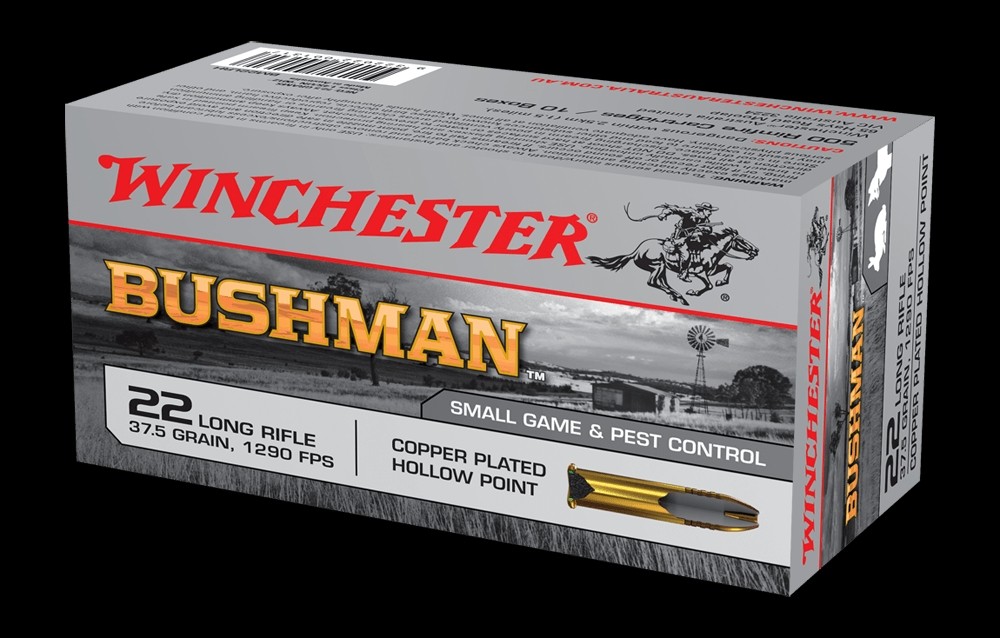 First up, for small game and casual bush target shooting is Winchester Bushman. It is an economy-priced high-velocity hunting cartridge loaded with Winchester’s time proven copper-plated 37.5 grain round nose hollow point bullet at a nominal 1290fps. This cartridge gets the job done with minimal fuss and expenditure. In my ratty old Brno, I find it easily puts five shots under an inch at 50 metres and in the field, foxes coming to the whistle and small goats for the pot are no challenge. 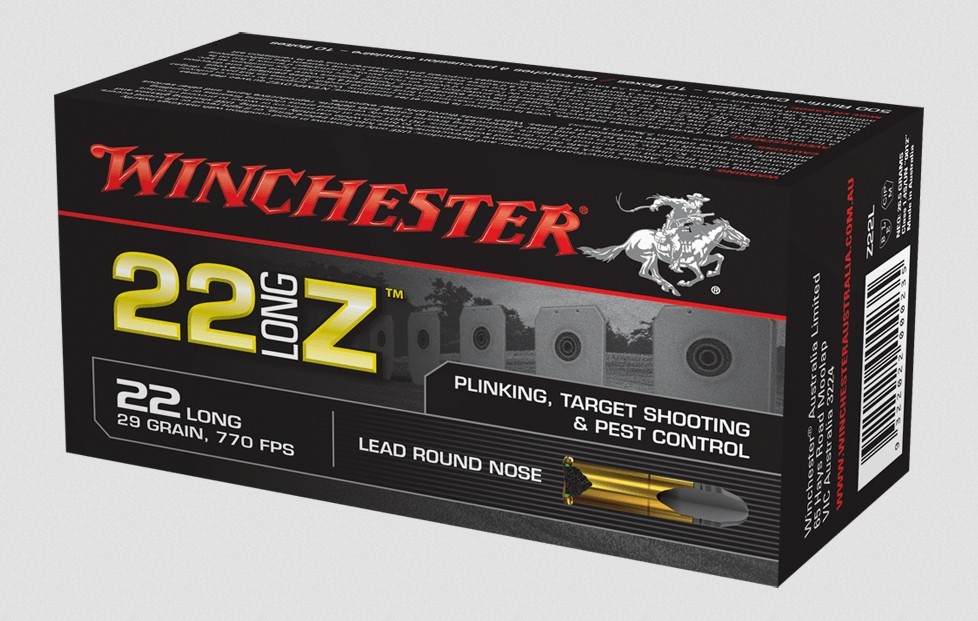 Now .22s of yore were often chambered in .22 Long, which was basically a Long Rifle Case with a .22 Short 29gn bullet loaded over a reduced charge, designed for gallery shooting. Winchester now offers a similar round called the Winchester Zimmer Long 22 29gr solid at a nominal 770fps, sometimes referred to as the “Long Z”. Intended for chambering in weaker old .22 Long chambered rifles and equally suitable for standard .22LR rifles, the Long Z is perfect for short range pest control around sheds and habitation when safe. For informal target shooting where noise reduction is paramount and terminal energy is not an issue, the Zimmer is a perfect solution. Many years ago, when employed as a pest controller, I used Winchester .22 Long Zs in my scoped Brno for longer-range pigeon and rat control in vacant urban warehouses, a task at which it excelled.

Now I have only touched on two of Winchester Australia’s .22 LR cartridges. You can check out their extensive range which includes Browning and Fiocchi ammo at www.winchesteraustralia.com.au