Lurking at the bottom of a box of stuff the Sporting Shooter editorial desk recently received from the folks at Zen Imports, was this nondescript piece of cloth, whose appearance belies its usefulness and truly high tech nature.

While the 18% grey colour (also available in black) wouldn’t do too badly to calibrate photographic exposure meters, I am sure that was an unintended purpose. So, if a hunter or shooter was not particularly interested in photography, why would he or she want or need an Ultra-Light Towel? 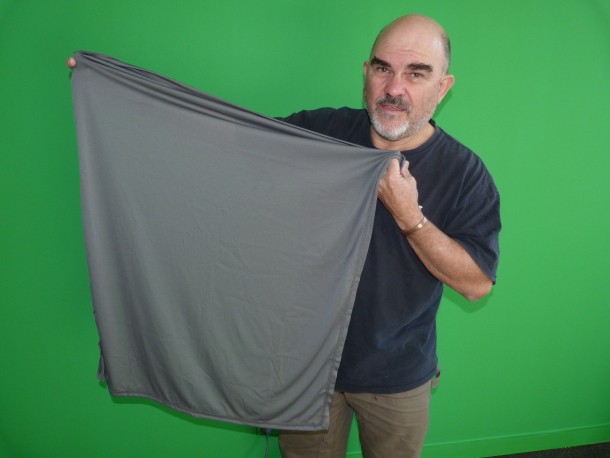 In use, the stretchy synthetic fabric feels a little like a nicer, finer weaved version of the Bri-Nylon blue primary school shirts I wore in the 60s. That stretch allows greater contact with the moisture-laden surface, moving the moisture along the towel surface to enhance rapid evaporation. Odour-resistant technology also discourages mould and the resultant musty smell prevalent in normal towels.

The Ultra-Towel, which incidentally weighs in at a miniscule 80 grams:

Additional uses suggested on the packaging for the Ultra-Towel were using it as a bandanna or neck wrap and some bush wannabe even strained her camp coffee through it (c’mon now, that task is normally relegated to the walker’s jocks).

The Ultra-Towel, as you can see in the accompanying photograph, measures 71 x 86.4 centimetres which, when you consider its non-existent weight, is very generously sized.

When I recently took my polyester pile gym towel home to wash recently (it frankly gets a bit on the nose after a few weeks draped over my two-drawer filing cabinet), I replaced it with the Ultra-Light Towel and I must say that it has been a pleasant revolutionary experience in drying for this old dinosaur shooter.

Ask for the Atka Ultra-Towel at good outdoor shops and see their full range of innovative outdoor gear on www.atkagear.com