When you skin a fox with this method, you are effectively “sleeving” it as there is no central cut up along the underside of the body.

This makes for a cleaner result to carry in a backpack until time to peg out or tan the skin, when you will run a sharp blade up the middle to facilitate those later operations. I learnt this method from expert fox hunter Tony Pizzata.

2 and 3. The Legs.
Work your fingers in around behind the leg cuts and pull free of the leg by pushing forward on the knee and eventually freeing the skin from the entire leg. Repeat on other legs and work your hands in around the back
of the fox. 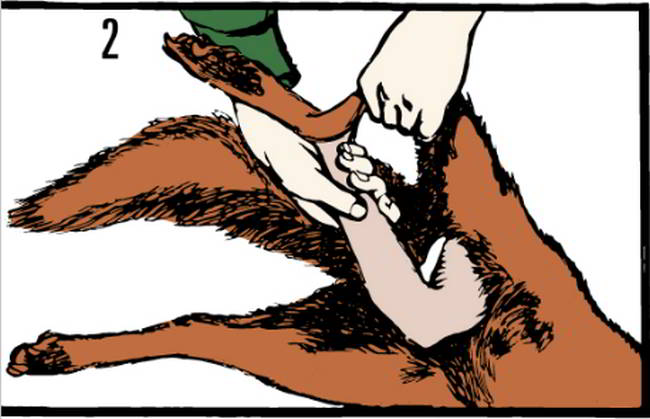 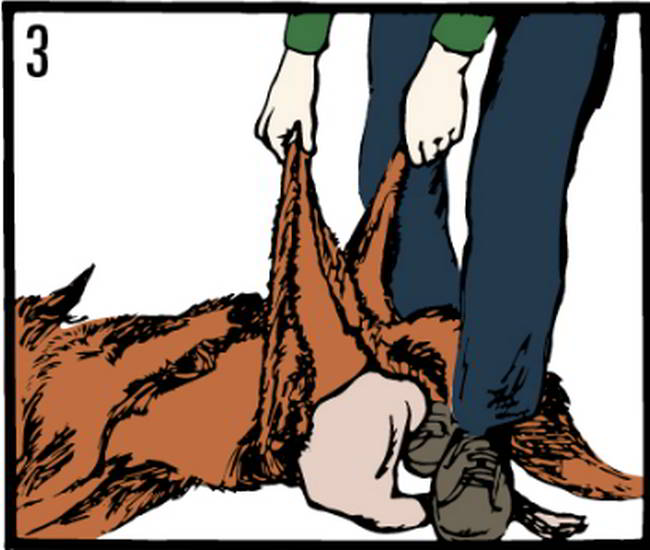 4 & 5. Sleeving the tail.
This step removes the tail, in effect providing a long, thin, hollow sock, which will need to be split along the underside later with a sharp blade, to prevent putrefying; this will need to be done within a couple of hours and once done, the tail should be salted with normal fine salt.

Grab two straight sticks about 1.5cm diameter and place them together around the now revealed flesh at the base of the tail. Exerting inward pressure on the sticks, pull up towards the tip of the tail and it should come off in one clean, smooth pull. 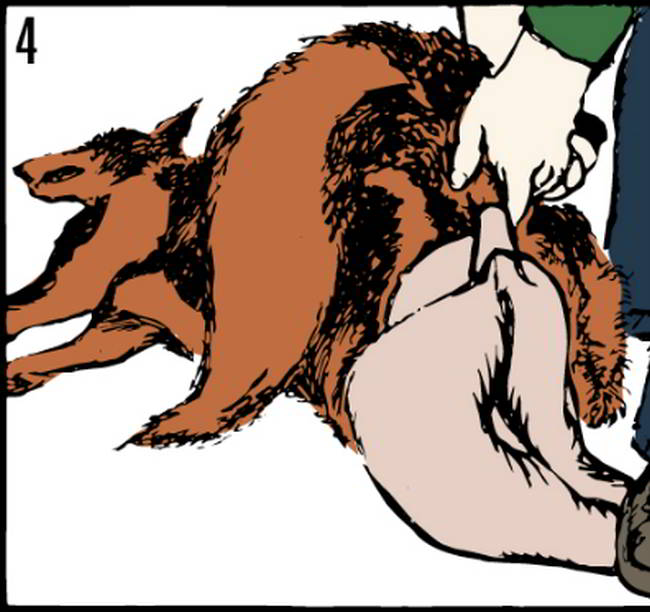 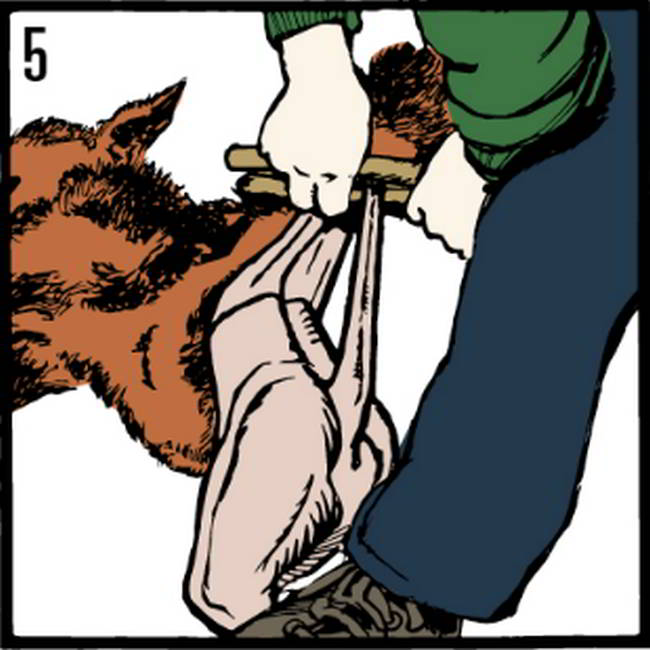 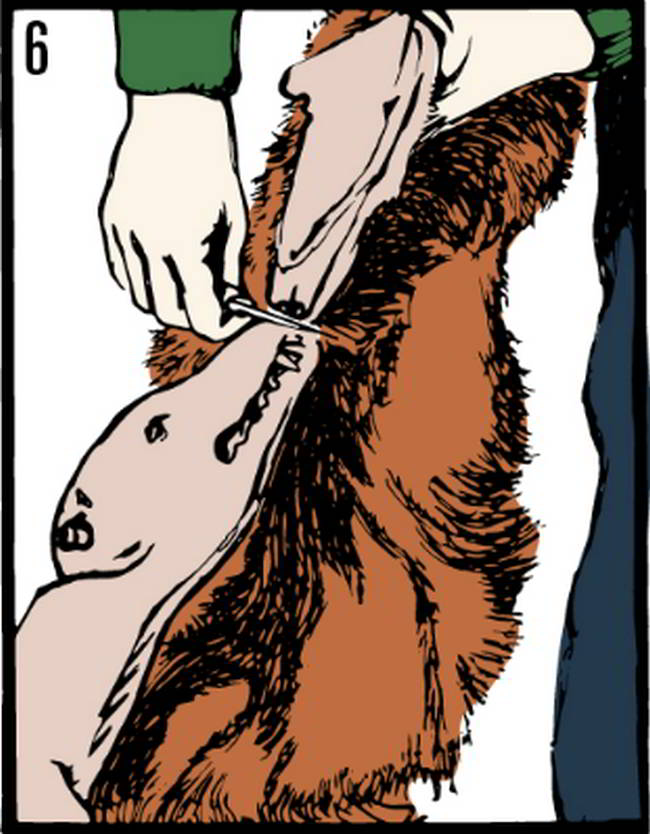 6. Skinning the Head.
Skin out the two triangles along the lower jawlines taking the outer lips in the process.  Now work your way up around the neck until you are at the back of the skull. Now you will have to cut through the cartilage ear tubes and from there skin out the remainder of the head around the eyes and face. Once at the end of the snout, cut right through the cartilage inside the nose now to the front teeth.

To properly treat the ears is a fiddly job requiring more space than available here, but a hunt on Google will soon reveal the fine work required. 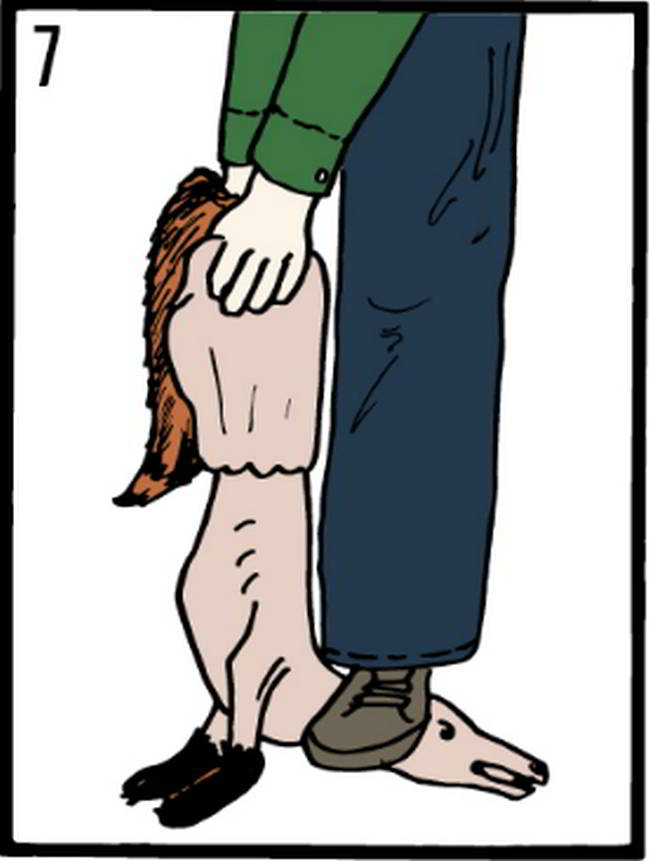 Stand on the back of the head while firmly grasping the upper-back and chest section of the now-freed skin. Pull that double handful of skin all the way up around the chest and pull up towards the hind legs. This now allows you to pull the skin all the way off the carcass. By sleeving the fox from head to tail, the experts say that the fat stays on the carcass and not the skin. If you sleeve from tail to head, the fat tends to stay with the skin, creating unnecessary work later. 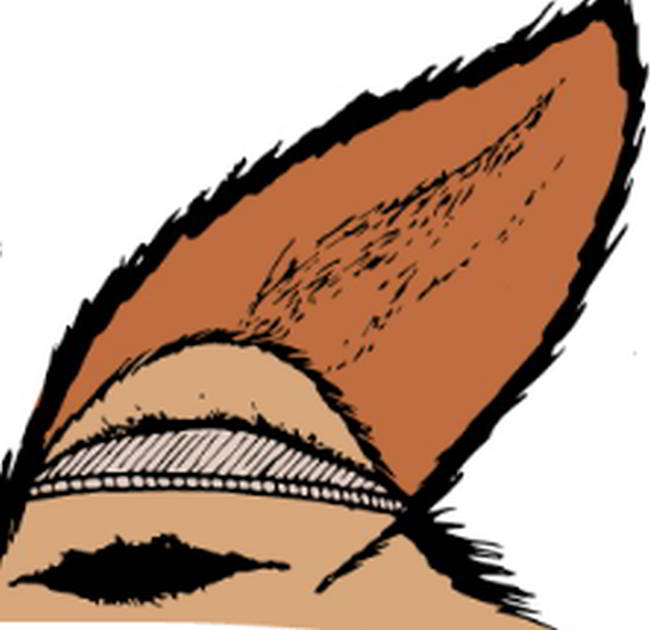 A detail of the structure of the fox’s ear, showing cartilege centre layer which can be removed after sleeving your fox

After the Skinning Is Done
If your skin is to be tanned soon, it is best to salt them straight away to remove moisture from the flesh side. Alternatively, the skin can be pegged out on a board to dry in a cool, dry environment. If you are close to a freezer, the skin can be bundled rolled into a plastic bag and frozen for a long time until you are ready to tan it.

The days of fur buyers paying really good money for fox skins has long gone, thanks to organisations like PETA and misguided vegan actresses who champion their causes. Despite this, there are still some fur buyers operating the eastern states, who I am told are paying $15-$18 per good prime skin.

Just make sure when you shoot ’em that you use a small calibre that leaves a small or non-existent exit hole. Close centre-of-pattern hits with larger-than-necessary shot in a 12 gauge also need to be avoided, if possible.

In any case, a prime, fluffy big fox skin, well sleeved and tanned makes a nice wall hanger. Alternatively, a bunch of them artfully sewn together make a lovely warm jacket for your wife or girlfriend, a true labour of love.

This article was first published in the Fox Hunter Special in the September 2014 issue of Sporting Shooter magazine.