What is it about Cessnock, in the NSW Hunter Valley, that it produces three Commonwealth Games shooters, one of whom brought home Gold. 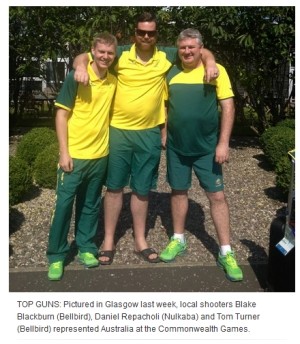 Daniel Rapacholi, from Nukalba, won the 10-metre Air Pistol final as well as winning bronze in the 50 metre pistol event. His mate,  from Bellbird, Blake Blackburn, placed 14th in the air pistol event, his first Commonwealth Games. And Tom Turner, also of Bellbird, made the semi-finals in the men’s double trap event.

All in all, the boys from Cessnock have made their town proud and you can read about in their local paper, The Cessnock Advertiser, to find out more.