Is your shooting club just going through the motions lately?

Readers may have seen a story which I posted on this website a few weeks ago which was promoting an upcoming Invitational Rimfire Military Match at Malabar – which, by the way, the MRCA believe was a very successful event.

Due to my previous limited experience of marketing and promotion being a numbers game, I had limited objectives in mind when I initiated the whole process, which started with one of those moments when an idea just comes to you.

The Military Rifle Clubs Association is made up of about 160 members in three clubs and we typically see between 50 and 70 people roll up every Saturday to shoot. That in itself is not a bad activity level.

I’d observe at this stage that, unlike the SSAA, which has huge membership and small participation, in relative terms, NRAA Clubs have smaller numbers, higher participation rates, which means they have good opportunities for social interaction, adding to their appeal.

On any normal Saturday, we can expect two to six visitors, trying before they buy and we have recently been recruiting a member a week on average. On 100 metre Service Shoot days, we have a morning “below the radar” smallbore shoot designed for military training rifles that is a little cracker, in my opinion and that of many people who try it. 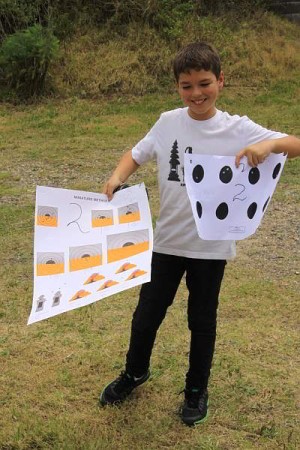 Back to the idea. Range safety restrictions mean we cannot shoot rimfires at anything over 100 metres and it occurred to me that licensed shooters who had a basic .22 rimfire, perhaps unsuited to the SSAA 30BR event, may like to just come along and shoot a military match with their .22s.

They could combine that with a 25-yard match designed for .22s with all the range commands and challenge of three-position, longer range shooting, but in miniature.

It really appealed to me and I thought it may really grab others wanting to dip their toe in the water. And so the planning began.

The factors that we needed to address were: For 1 and 2 above, we made up some business cards, purchased some counter-top card holders and sent a holder 50 cards and a covering letter each to five gunshops in the Sydney Metro area for display on their counters.

Then we sent 50 A5 promo leaflets and a point-of-sale brochure holder with covering letter to those gunshops and the NSW Rifle Association Shop at Malabar some three weeks out from the event.

From these measures we garnered interest from 15 people who were generally interested in shooting and six visitors on the day of the shoot. It also didn’t hurt to place the story on this website, but the primary interest was generated through the gunshops.

Interestingly, the two visitors who became members picked up the flyer at the most distant gunshop, Abela’s in Campbelltown. Thanks Dave.

For 3 and 4 above, there was only one point of contact for interested shooters with a mobile phone contact. From those contacts in the leadup, I knew that we had an optimal number turning up to shoot the event, so that range staff and members were not overwhelmed and the new shooters could be looked after.

Having determined optimum number was 28 (our objective), we had some idea we would get that number a week out from the shoot by the single point of phone contact and record keeping.

For 5 and 6, the NSW Rifle Association was approached for approval and sponsorship of one of the prizes, while we had a pool of sponsored prizes allocated from generous previous donors. The schedule of five prizes was of a total value of below $150.

For 7 and 8, critically important members were consulted as to what the range would fit in people and cars, and those same members threw their weight wholeheartedly behind it, mowing and neatening the range.

This happened because they are great volunteers but also because they were regularly consulted and we worked through potential problems together.

For 9, we set the fees so that we made no money on the day, but just covered costs. This helped the new visitors to understand we wished to encourage them to attend.

10 Friendliness. There’s nothing less threatening or more friendly to a new shooter, or a shooter unused to a new discipline, than using a .22 rimfire. Particularly for juniors and women.

As it happened, three of the six new shooters were women and one was a 12-year-old shooting on a Try Shooting form (P650) with his MRCA neighbour. For the junior, he shot the whole event prone over a sandbag and for the only unlicensed woman, she had a coach on hand to load, unload and bolster her position when needed.

In addition, the neat presentation of the range and easy parking definitely helped in a welcoming and professional appearance for first timers.

The first contact on the range with the assembled shooters was a Safety Brief (point 11), followed by some background to the range and the political battles we’d had to keep it and a thankyou for the visitors’ role in preserving the range just by their attendance – this made them feel part of the place and the organisation.

Then it was onto a shoot briefing and we let a detail of experienced shooters go first, so those who had not shot it became used to the format, range commands, etc.

An additional benefit that came from the shoot was we had 22 MRCA members turn up for the rimfire shoot, when previous maximum attendance had been 12. Those members that shot it for the first time will do it again and it will swell participation.

We will also be running the Invitational format shoot four times a year to keep the recruitment momentum going. While membership numbers may stay static or only increase incrementally, greater participation by existing members is a pious goal for any club.

Who knows what spurred the idea, but what motivated me to follow through with it was that it was very achievable, simple and relatively easy to do within the resources we already had. Any new members were a bonus, but shooters tell their friends and the grapevine will eventually pay dividends.

Right now I will give this critical advice. If you are in NSW and tempted to run a similar event as an “Open Day”, aimed at non-licensed people primarily, you need to know that you will require a Police Commissioner’s Permit and that there are all sorts of administrative, operational hoops and returns that will be quite onerous to a smaller club or organisation. Just promote it as an invitational event aimed at licensed shooters and you’ll get a few P650 newbies show up in all likelihood.

Illawarra Innovation. The Illawarra Service Rifle Club, based at Hilltop Rifle Range, have developed an innovative and challenging program of rimfire events that sees great attendance on range days because their members want to support their club and they do not want their own range to fall into disuse, while the Government, locals and clubs wrangle to attempt to get centrefire shooting up and running again. In their case, necessity was the mother of invention.

I guess the whole point of this story, apart from reporting on innovation in the shooting sports, is to ask club members to look at doing things a little differently within your capabilities and resources, so that you can firstly attract new members, but also to reinvigorate your own membership to consider the possibilities under more and more pressure from Firearms Registries, resultant restrictive templates and political pressure in general.

The stronger we make our clubs, the more women and juniors we attract and the happier our members are, the better the future for shooting sports in Australia.

While your club may not be suited to an event like the one we just ran, one day just have a walk around your local range and just let your thoughts flow in.

Who knows? It may open up a whole new world of shooting opportunities. 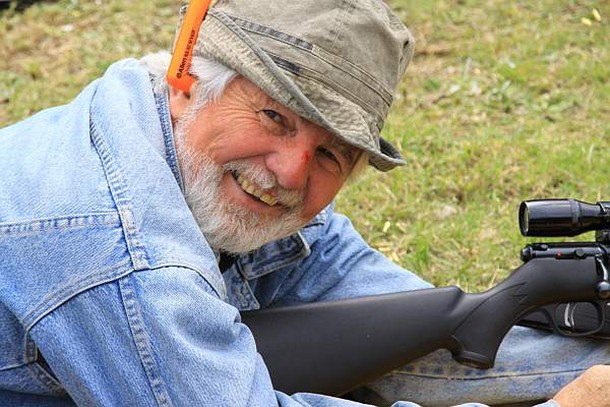 Who cops a Weatherby Lowbrow from a .22 Rimfire?