The iconic HorsleyPark Gun Shop (HPGS) entered my consciousness about twenty years ago,when some old school shooting mates got together to go out to theouter-Sydney retailer to do a “group buy” of smallbore ammo,brass, cleaning gear and all sorts of shooting-related paraphernalia.All Eastern suburbs denizens, I asked what attraction such a longdrive just to buy shooting stuff could have for them. “The lowestprices by far on all sorts of gun gear” was their response. Theyduly came back with cartons full of products and big smiles, havingset themselves up with years’ worth of essentials for their sport,while saving hundreds of dollars. I took note.

For history buffs,HPGS was born in the late sixties when Peter Abela, a hardworkingpostwar Maltese immigrant and keen competitive shotgunner startedsupplying his fellow shooters and gun clubs with inexpensive bulk 12gauge shells from a shed in the vicinity of the current shop at theend of the Horsley Drive. His wife Joan also worked hard to ensurethe early success of the fledgling venture; as with many successfulmen, there was a strong and supportive wife behind the scenes. Aftera few years, business became so brisk that Peter had to give up hisregular line of work to establish what was to become HPGS.

Business grewexponentially over the decades and was handed over to Peter’s sons,Tony and David, who have expanded and diversified the product lines,so that HPGS became one of the biggest turnover gun retailers in thecountry and certainly the biggest in NSW. In all that time, theemphasis on offering the best prices possible for shooting hardwareand accessories was paramount and that European tradition of “pricenegotiation” was always possible for that special individual gunpurchase. 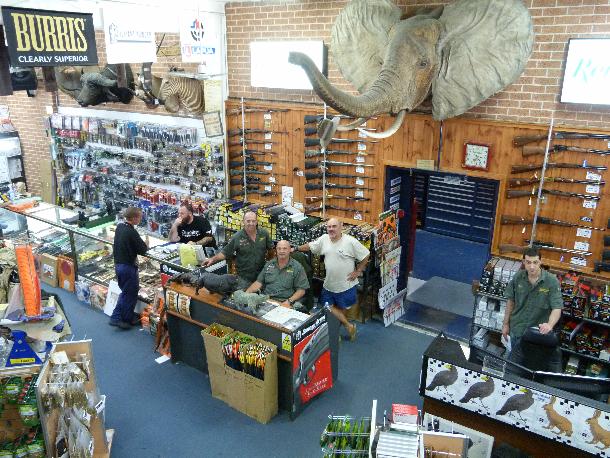 Moving on to 2012,and the business had grown so much that the Abela brothers amicablydecided to go their separate ways, with David leaving HPGS in Tony’scapable hands as sole proprietor, while he pursues another retailfirearms business in the family name.

Now Tony’s energyand ideas are driving HPGS into a new phase of growth, retailexcellence, customer satisfaction and focus on staying at the top ofthe retail gun trade in NSW. Last week I visited HPGS to get someidea about how Tony is to achieve even more for the landmark store. 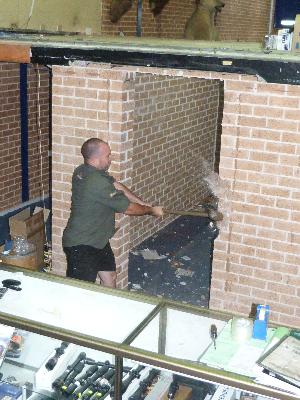 First up, it isvisibly obvious to a regular visitor that changes are afoot.Customers used to walk around a “dogleg” to see displays at therear of the store but now the square room in the middle of thefloorplan is being demolished (see pic of sledgehammer specialistHPGS staffer “Stu” go at it here) to make way for a broad openfloorplan which will allow customers to see the entire product layoutof the store upon entry. Once complete, customers will be able to seeall labelled product categories from any part of the store and gostraight there, or browse through a more customer-friendly, appealingdisplay, which incidentally will have a huge increase in the numberof guns on display.

Other less visiblechanges include a new “point of sale” system, where customersphoning in or making counter enquiries will have instant access tocomputer-managed stock levels of their desired purchases, therebystreamlining ordering and saving precious time. Tony’s long-servingright hand man, John Dickey, also assured me that the supply of bulkheavily discounted Rio and Clever Mirage field and competitionshotgun ammunition will continue unabated, carrying on the traditionstarted all those decades ago by Peter Abela.

If my intuition iscorrect, Horsley Park Gun Shop is set for the next step up in valueand customer service from now on. For all kinds of firearms and related products and accessories, you’d be well-served to contactthe helpful staff at Horsley Park. Phone (02)9620 1313 or go to theirwebsite at www.hpgs.biz, emailsales@hpgs.biz