Christie Pisani. I was born in Blacktown NSW…which is not where I learnt to shoot. Just saying.

My earliest memory of hunting is as a toddler, with my Dad, Lino, and older brother, David. I’ll let you guess how long ago that was.

Each species has their own appeal, but hunting buffalo and Cape boars definitely gives me some exciting content to write about! But for a family friendly activity that everyone can get involved in, I love nothing more than spotlighting for rabbits with a .22 with my Dad and brothers. And Dad makes a mean stuffat tal-fenek (rabbit stew, in Maltese)

Bowhunting. There is nothing like being 20 yards from an animal and them not knowing you are there. Or, in the case of buffalo, knowing you are there and not giving a stuff! For a change of pace I also like to get out with my 2 dogs ‘Ted’ and ‘Bow’ to chase some swine around a paddock.

Cape York in North Queensland, where the pigs are rough and tough. And so are the locals!

Tell us about the top three favourite firearms that you own (or bows).

Although I don’t shoot it a real lot, I’ve a bit of sentimental attachment to my Mossberg .308, which I used in the Extreme Huntress contest in Texas USA in 2014. My Mathews Chill SDX compound bow is the latest addition to the family and the weapon of choice at the moment. I have also kept one of my first bows, a Mathews Monster 7. It hangs on the wall, somewhat dejected most of the time, but reminds me of some great hunting moments.

My first article was ‘Extreme Huntress 2014’, published earlier this year. In fact I enjoyed writing it so much that I went way over the word limit and the editor had to cut me short!

They say the pen is mightier than the sword. It also makes a mighty fine bullet or arrow. I have been able to silence critics or anti-hunters with a well-researched and articulate article. It allows us to put our thoughts across without letting emotion overcome the subject matter. And, of course, sharing and reading of others’ successes, failures and close calls reinforces my love of hunting and the outdoors.

Take notes on trips. It takes the headache out of recalling events two weeks after. If you do forget the finer details, well… I guess you should never let the truth get in the way of a good yarn! If in doubt… make it sound convincing!

In all seriousness though, you don’t even need to write about taking of game. I’ve written of some amazing trips where I have not even pulled a trigger. If your grammar or spelling isn’t great, that’s OK. The editing team are happy to fix up little errors. (Sorry editing team. I may have just increased your workload!) 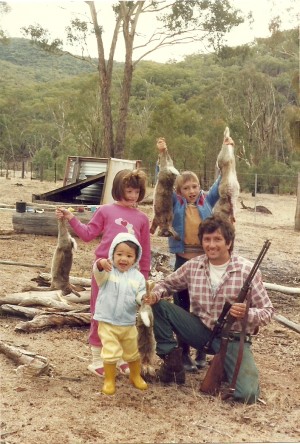 Where it all began: Christie with her Dad, Lino, and brothers Dave and Ray. Up close and personal with a water buffalo. Northern Territory, 2011. 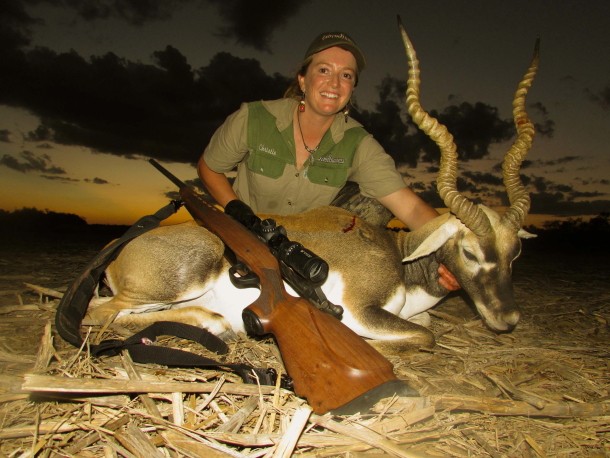 Christie was a finalist on the US reality TV show, Extreme Huntress. She shot this w, in Texas in 2014.  She shot this black buck while the show was being filmed.