Martin Auldist. I was born in Melbourne, Australia.

My Dad wasn’t a hunter as such, but he used to take my two brothers and I fishing and rabbit trapping from an early age. I was 8 years old when we trapped our first rabbit in the Mallee. I loved it. When I was 10, Dad bought a farm near Deniliquin in New South Wales. We trapped even more rabbits then and eventually persuaded Dad to buy a .22 and a shotgun, with which we shot rabbits and foxes, and ducks on the rice. As soon as I turned 18 I got my firearms licence and bought a .222 Rem, followed shortly by a .270 Win…that was the start of some more serious hunting.

Pigs, quail and ducks, in that order. Pigs were what it was all about in the early years. My late brother David and I hunted them at every opportunity. We just loved the action and the places it took us. Quail are just terrific sport. Great to shoot and great to eat, I could nearly put these feathered rockets in first place. My love of duck hunting stems from hours spent swotting mozzies and staring into the setting Riverina sun waiting to fire upon the swarms of marauding ducks that would descend upon Dad’s rice crops on summer nights. It’s challenging, action-packed, high volume sport that I still enjoy to this day. I also enjoy deer stalking, it’s just that I’m not very good at it.

Any technique providing I am on foot and it is daylight. That is the proper way to hunt any species.

Africa. There is a lot of uninformed rubbish spoken about hunting in Africa, mostly by people who have never been there. In recent years I have hunted in both Namibia and Zimbabwe with my good mate Sean O’Farrell. They were free range hunts with an ethical outfitter in remote regions of wild Africa and I can tell you they were the greatest, most memorable and enjoyable hunting experiences of my life.

Back home in Australia, Dad’s farm remains a happy hunting ground, but I am also drawn to the more remote regions of western New South Wales and southwest Queensland, where feral pigs and goats are the main attraction.

Tell us about the top three favourite firearms that you own.

I have owned all of my favourite firearms for more than 25 years. They are:

When did you start writing/working for Sporting Shooter?

My first article for Sporting Shooter was an article about organising a DIY hunt for sika deer in New Zealand. I was living in Hamilton (NZ) at the time and Ian Bostock was the editor…so I think it would have been the late 1990s.

The thing I enjoy most about writing for Sporting Shooter, or any magazine, is the moment when the magazine containing my article arrives in the mail and I open it to see how the editor and design team have laid out my work. I don’t know why, but that really does give me my jollies, even to this day. I especially enjoy it if I have sent lots of good photos and they have made the most of them.

That’s a hard question as I don’t actually remember them all! Certainly that first one was very satisfying. I also wrote an article called “How to shoot less game” a few years ago, all about common mistakes many hunters make (including me). That was a bit different and required some abstract thinking and a good dose of sarcasm.

Just about every writer who has answered this question has said the same thing: take lots of high quality photographs. They’re right, too. Great photos can sell an article even if the text is terrible. That’s because, if he really has to, our esteemed Editor Marcus O’Dean can rewrite your text to make it acceptable. In contrast there is little he can do with unpublishable photos. However, that’s not to say that lively, colourful, informative and grammatically correct prose won’t help your chances of getting into print. It definitely will. All editors prefer to take the path of least resistance and will opt to publish as a priority those manuscripts that require the least work on their part. If you’ve ever been in a magazine office during production week you’ll understand why! At the very least you should carefully proof read all your articles before sending them in. Better still, get someone else to.

Another tip is to try and think of a unique angle for your article, something that will set it apart from all the other articles on similar subjects. Then write a couple of paragraphs explaining your idea and email it to Marcus to see what he thinks. He’ll probably tell you to go for it, but it might be that your idea has already been covered or is outside the scope of the magazine, in which case you’ll have saved yourself a lot of work.

Finally, just have a go. It’s not as hard as you might think, so send off your idea right away and take it from there! 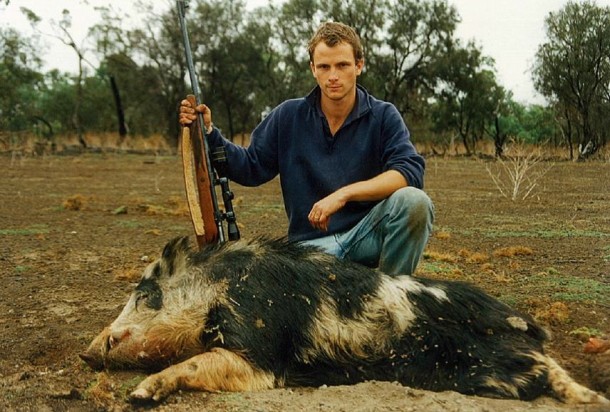 Here’s a photo from my archives.  I shot this boar with my Sako 270 in the early 1990s, not long after my wife and I were married.  We were hunting near Hillston, NSW, and Danielle was on hand to take this photo. 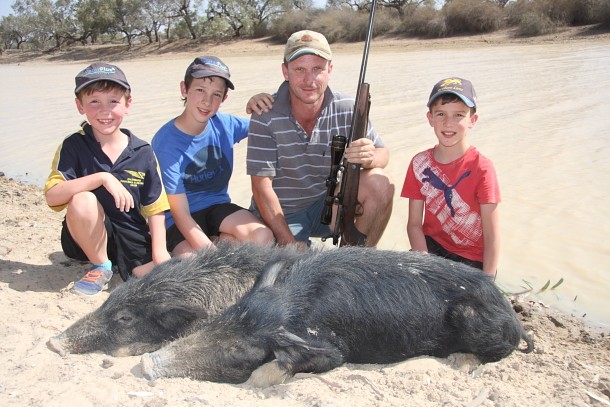 More than 20 years later I’m still hunting pigs with the same rifle, but now there are three short people who seems to want to tag along. Watching and helping my sons develop their own hunting interests is one of the great pleasaures of my life. 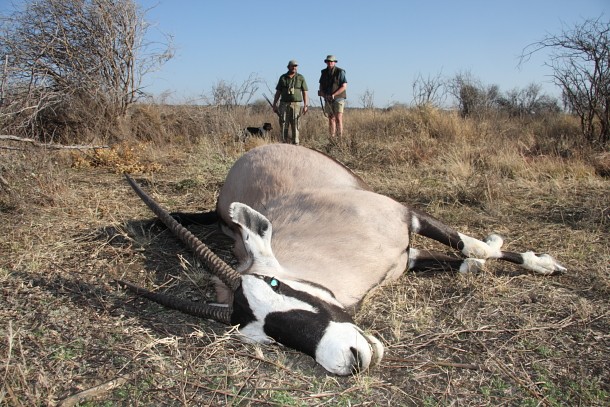 The time I have spent hunting in Africa has provided me with some of the most memorable and enjoyable hunting experiences of my life. Don’t knock it until you’ve tried it.