Dario Borteletti was charged by the first buffalo he ever hunted. 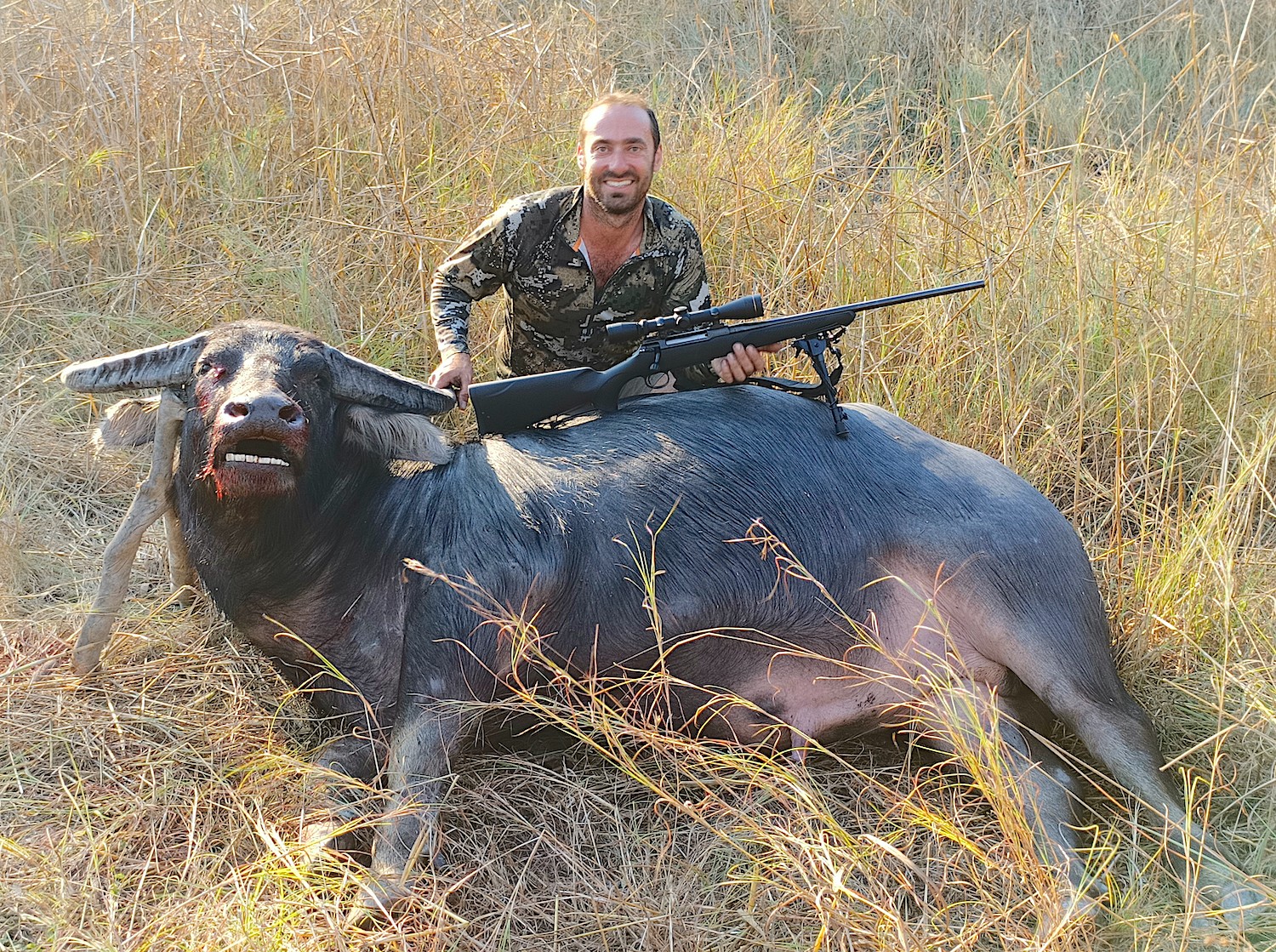 I booked a hunting block for a pest management program in a National Park in the Northern Territory, and was joined by my mate, Derek, and his 15-year-old son, Rhys. Our target species were feral pigs, buffalo and wild cattle.

On the first day of our hunt we checked some known spots where Derek had seen buffalo the previous year. We saw no animals but plenty of fresh sign to keep our morale and expectations high.

It was still early in the dry season and the grass was high, making walking difficult. Rhys proved once again to be a little trooper and kept stalking in the heat without a single complaint.

While checking a few good looking waterholes, I spotted a buffalo half submerged in the water. Rhys and I had never shot a buffalo before, so we both took aim while I counted to three, then shot at the same time. The result wasn’t what we expected!

The buffalo burst out of the pond and charged straight at us. We held our ground, waiting for the bull to expose his chest and vitals.

I sent two more follow-up shots with my .308 as the distance closed quickly. Suddenly the buff went down.

That sure got the adrenaline pumping! We dropped him only 15 metres from us.

Rhys was using a Lee Enfield .303 which, after 120 years, still drops animals in their tracks.

* This short story won Dario some terrific Vortex gear in Sporting Shooter’s Hunter’s Diary competition, which is run each issue. Grab a copy now at your local newsagent to find out what’s currently on offer and how you too could win!