Sporting Shooter reader Stuart Ford sent in these pics of a cool and unusual fox he shot near Wickliffe in Victoria. As you can see in the photos, the stunning specimen is almost entirely black along its underbelly.

According to Stuart he headed out one night after the kids were in bed to shoot some hares and rabbits for dog tucker when he found the big black dog. “He was about 200 metres out but looked a lot further because he was so dark”‘ says Stuart. One shot from Stuart’s .17 Rem did the job. “He was my 200th fox since Anzac Day but the strangest one I’ve seen in 20 years of shooting foxes.”

Stuart usually skins all his foxes to sell but this unusual specimen is heading to the taxidermist to be mounted. 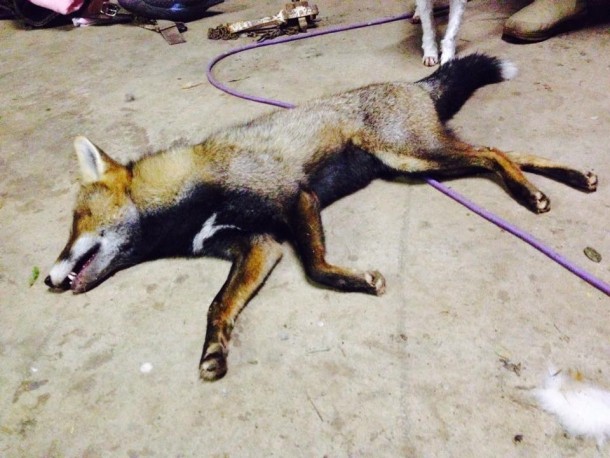 Stuart usually sells the skins from the foxes he shoots, but tis one is headed for the taxidermist to be mounted.