The Victorian Environment Minister announced this week that a trial hog deer hunting ballot will take place on Snake Island in 2017.

Snake Island is a sand island, popular as a bushwalking location. South Gippsland farmers have been grazing cattle on the island for more than 100 years, driving cattle across the tidal shallows.

The local cattleman of the island have fought all attempts to open hunting on the island over the past 40years. The recent news of a trial taking place has sparked negative reactions from the group.

Snake Island Cattlemen’s Association president Peter Mabilia said the association was not consulted about the Victorian Government’s decision to allow shooters to hunt the deer.

“We’re disappointed that it’s happened this way. We’ve had absolutely no consultation whatsoever whether it be with us, the kayakers, bushwalkers [or] the local people in the town,” Mr Mabilia said.

“We’re still trying to get our heads around what will be happening. We’ve fought this in conjunction with other stakeholders of the island for the last 40 years.”

Mr Mabilia said hunting could put other people using the island in danger.

“Our main concern is safety because obviously our island can be accessible from all areas,” he said.

“You don’t really know who’s on the island at any stage. Fisherman have also got concerns because there’s quite a lot of boating activity around the island, there’s bushwalkers, there’s kayakers, lots of people go over to camp there as well.

“When there’s a gun involved there is risk to public safety, isn’t there? There has to be. I know these people are drilled on how they should be shooting and possibly up in the tree hide shooting downward but that’s idealistic not realistic.”

“With people running around on the island with guns I think it will put a big dent in the tourist and cattle market,” Snake Island Cattlemen’s Association president Peter Mabilia said.

“Quite possibly those romantic days of the low tide crossing are gone,” he said.

“We take tourists over there but I doubt anyone would want to go over if there’s shooting going on.”

It is becoming obvious that the cattleman look at the island as their own private cattle ranch. The reaction from the cattleman is a generic response when hunting is delcared in any area. The Blone Bay and Boole Pool ballot areas see much the same publicactivity.Hog deer hunting has been running successfully on these sites without incident for decades. 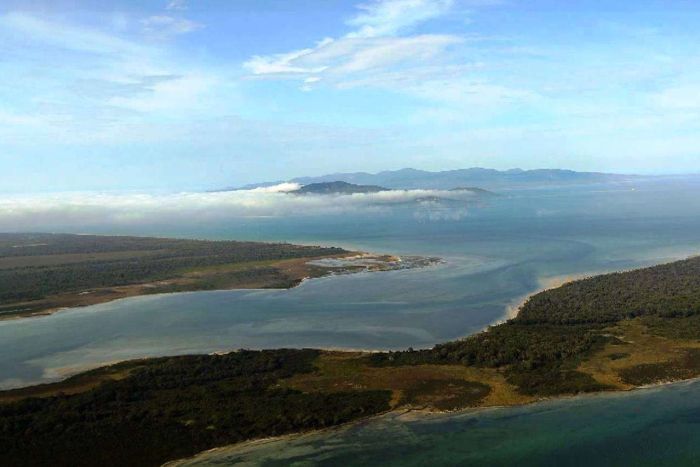