The Editor gives some insight into how working on targets and trigger release pays immediate dividends in the field.

I’d just spent the weekend at the SCI Downunder Chapter Expo at Tamworth with Tony and Nick and decided I needed some “me time”. I think I’d read about that in Women’s Weekly or heard it on Kath and Kim – no matter where. Me time is defined as getting down to a friendly property a few hours away and combining two loves, target shooting and hunting. I’d acquired a “new” fullbore rifle  from a really nice fellow shooter in Tamworth, of all places; new because it was a 98 year-old Winchester M17 action in fullbore target configuration. It was the right price, had a beautiful Schultz and Larsen 13-twist barrel and its stock was not your regular adapted fullbore abortion that some had appended to their bundooks. Being a Winchester action, it was the “creme de la creme” of M17s, somewhat more desirable than the Remingtons and much more so than the Eddystones. I had a scoped Eddystone that was very accurate though, just rough in appearance. 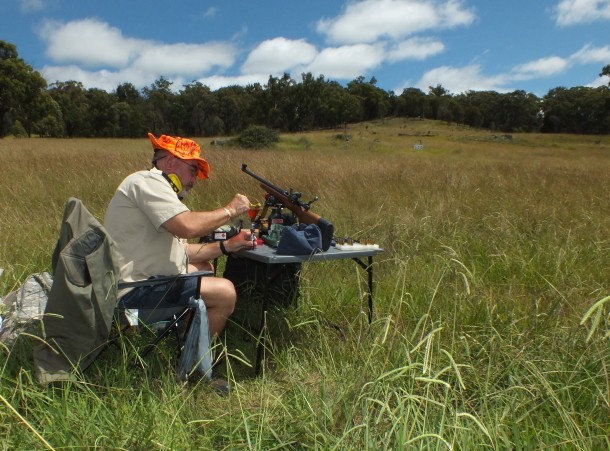 So I rolled up at the property, touched base with Grant and he said he’d be keen to come out for a hunt and a walk when I’d finished with the target work. An extra pair of eyes is always appreciated because mine aren’t the sharpest, especially when I’d not hunted for nearly six months.
I arrived at my normal target shooting paddock and noted that the grass was as green as can be and while not “as high as an elephant’s eye”, it was tall enough for me to reappraise where I’d place my targets and shooting table. Without wasting too much time, I set up adjacent to the vehicle track and placed my targets in front of a fallen tree 59 yards away. “59 yards?” you say.
Yes, 59 yards. It was convenient in the terrain and vegetation but I had also fortuitously been running the Sierra Infinity 6 program lately to work out where to place my bullets for a maximum point blank range (MPBR) zero at 50 metres, as we are practically restricted to doing so at my local range at Malabar. Incidentally, a practical standard zero at 50 metres to give a MPBR for most centrefire medium game cartridges is 1.5 inches for a 1.85-inch scope height above the bore. It’s 1.4 inches for a 130gn .270 at 3000fps and 1.6 inches for a .30-06 165gn SPBT at 2800fps, so I figure 1.5 inches will look after most modern calibres for an eight inch vital zone. But I digress. 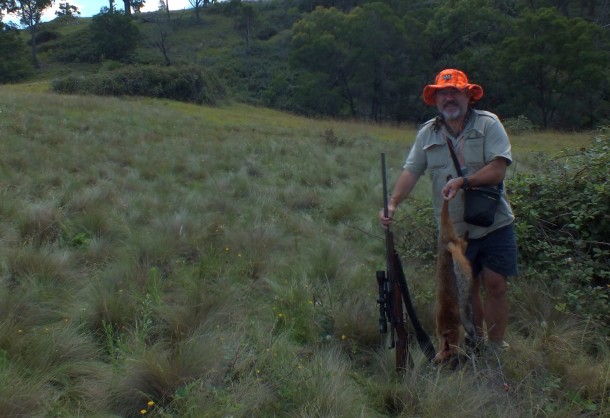 Nick harvey’s dictum that “every rifle is a law unto itself” held true as my M17 fullbore rifle did not shoot my standard Omark 7.62 load as well as I’d like. I subsequently loaded up five lots four rounds each at 0.4gn increments of AR 2208 up to 0.2gn short of the ADI maximum load for 155gn bullets of 47 grains. I used the same seating depth, thinking that if things did not go well, I’d use the best charge group and work on the seating depth.
Well, it all fell together nicely with the 46.4gn delivering 0.068 inch and the others all delivering three rounds touching or tiny clover leafs around the 0.25 to 0.35 marks. I know it was only at 59 yards, but I was using a picnic table and iron sights, so I opted to leave the seating depth as it was. To confirm that the “Holy Trinity” load (charge weight, overall length and primer) was indeed representative, I sat down and loaded up some more in situ with my .308 Lee Loader and RCBS 10-10 balance beam. Dear readers, it was indeed a Nirvana load and I suspect my fullbore hollow groups may recede into obscurity, if I do my bit holding steady and seeing the target well.
Once the Winchester M17 was sorted, I brought out my Eddystone scoped M17 .308 and wound the elevation turret down about 30 clicks as I’d last shot it at a 400 metre sniper match. The 155gn VLDs were printing an inch high, so I then switched over to a Barnes 150gn TTSX load and it printed a few inches higher and to the right. Two adjustments later and I had two shots in a horizontal figure-of-eight just above the aiming mark.
I called Grant and he was on his way to meet me for a little fox whistling jaunt. He popped out of his ute with a faithful old side-by-side 12 gauge and a handful of shells in his pocket and off we hied to attempt to decimate his redcoat population. A few regular haunts drew a blank, but we persisted and eventually we wandered down a long ridge to place where Tony had belted a three-quarter grown vixen about three years ago, catching it on video. I’d whistled it a few times a year ever since, but nothing eventuated, which puzzled me.
This time however, up she popped, a full-grown vixen, probably two seasons old and cannier than your regular unshot-at fox. She started trying to flank us with all available cover to try and catch our wind. Eventually, she poked her head up behind the edge of a blackberry bush about 60 yards from us. Mindful that I had a three-quarter inch high zero at 59 yards, I laid the Bushnell Elite’s crosswire an inch below her eyes and 1.5inches above her nose. Having been  precisely aiming from a table all morning and being in a secure sitting position with a 27-inch barrel hanging steady from the Eddystone off the inside of my knees, I let fly.
I saw someting fly out the behind her as she dropped and although instantaneous, it looked like a grey concentrated spray. Grant said it blew her head apart and I was perplexed. I thought that a big game bullet of monometal construction would just pencil hole through any part of a fox, unless it end-for-ended it. Well that wasn’t the case. 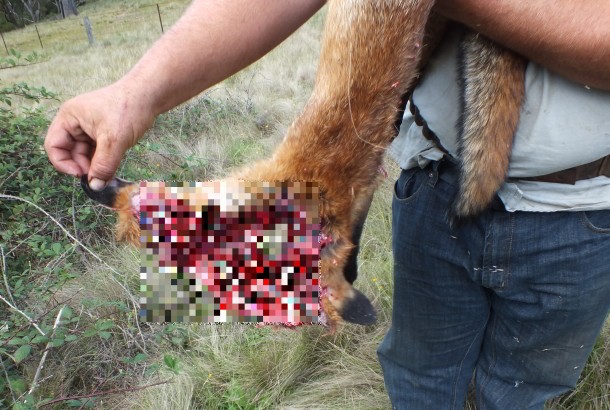 That fox’s melon was split neatly down the middle with no contents whatsoever and the grey spray was probably its brain painting the grassland behind her. (See pixellated image above)
Now I’ve used Barnes bullets in .223, .270, .308 and .30-06 on medium game only up until now and they have generally delivered spectacular one shot kills, yes even in the .223 on a 70 kilo boar. But I never expected a .308 to become a “red mist” varmint gun. It just goes to show that in this game, you can always be surprised by ballistic effects.
“She certainly didn’t suffer,” Grant observed with a grin, happy that another feral marauder on his sheep farm had gone to meet its maker.
“That’s for sure, Grant,” I replied, shaking my head and having some trouble believing my own eyes.