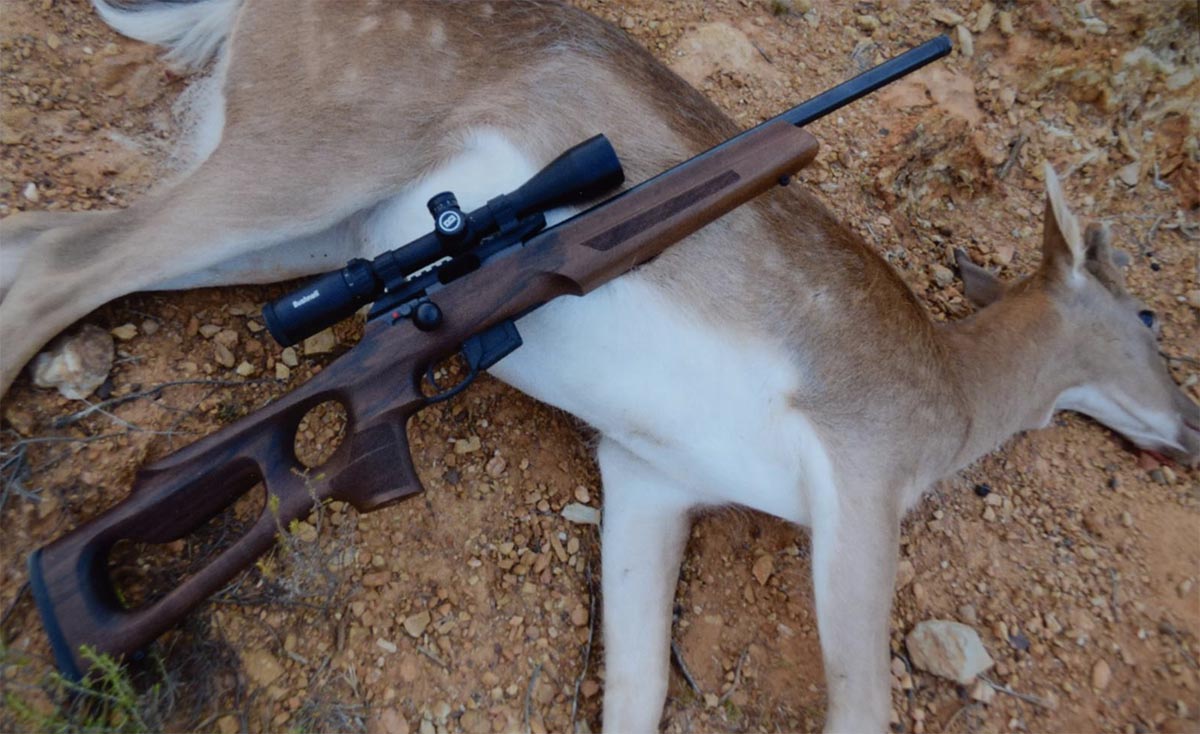 Q: I’m in the market for a fox rifle and cannot make up my mind between the .17 HMR and the .22 WMR. I noticed in your writings that you favour the .22 WMR over the .17 HMR. What are your reasons for this?

A: I found that a hit just about anywhere on the body of a mature rabbit or fox with the .17 would usually result in a quick death so long as the range is not much greater than 100 yards. But a rodent hit anywhere except in the vital chest area at ranges past 100yd would often run off quite a way and get down its burrow. Most of the time a fox wouldn’t live long after being hit, but would vanish into cover.

When compared to the heavier bullets from the .22 WMR, the impact of the extremely light .17 bullet is hardly noticeable. With a well-placed shot, more often than not, the animal simply rolls over and dies with hardly a quiver. Unlike the more powerful .22 WMR that is capable of stopping a fox with a hit almost anywhere in its body out to 150yd, the .17 HMR’s light 17gn bullet requires precise placement at relatively close range. I estimate the .22 WMR loaded with any bullet from 30 to 40 grains has a 40 to 50yd edge over its .17 calibre offspring.

True, the flatter trajectory of the .17 does make it a bit easier to make accurate hits at long range, but the .22 WMR is noticeably more effective beyond 100yd. Also, the .17 bullet is blown twice as far off course in a rather strong side wind.

Inside 50yd there’s little to choose between the effectiveness of the .17 HMR and predators the size of a fox, but as the range increases to 100yd and beyond, the .22 WMR begins to show its superiority. Federal’s .22 WMRGame Shok 50gn JHP load has a velocity of 1650fps and is deadly on smaller hogs and goats. During the drought fallow deer started jumping the fence and wrecking our garden. My CZ .22 WMR scored half a dozen one-shot kills on deer at ranges from 50 to 100yd. Try that with the .17 HMR!

I’ll admit the .17 is more accurate, but in my estimation nowhere near as effective as the .22 WMR.

omg
2
omg
Nick Harvey is one of the world's most experienced and knowledgeable gun writers, a true legend of the business. He has been writing about firearms and hunting for more than 65 years, has published many books and uncounted articles, and has travelled the world to hunt and shoot. His reloading manuals are highly sought after, and his knowledge of the subject is unmatched. He has been Sporting Shooter's Gun Editor for longer than anyone can remember. Nick lives in rural NSW, Australia.